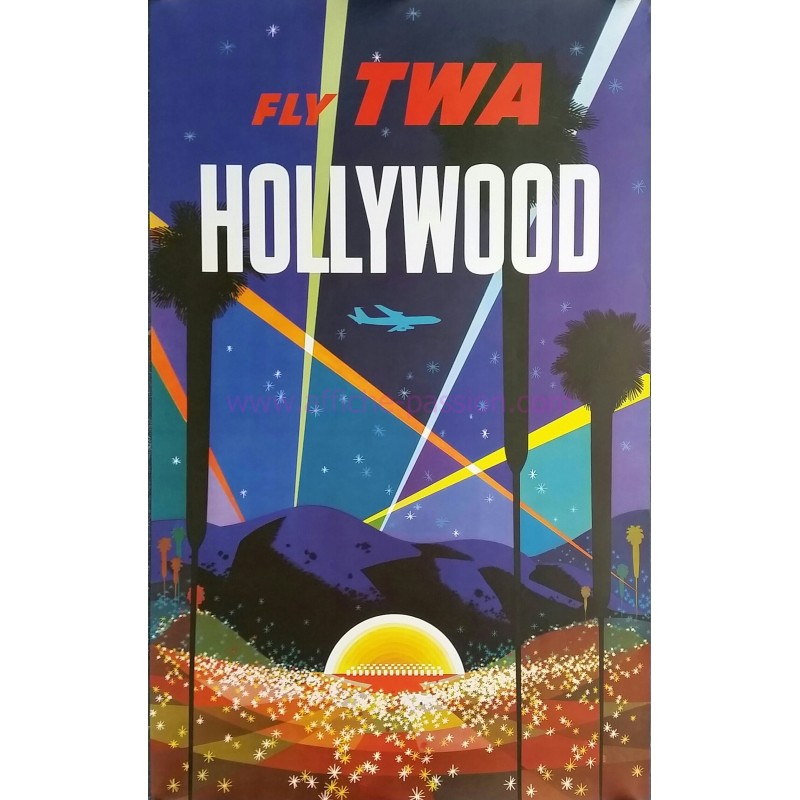 The Hollywood Bowl is a modern amphitheater in the Hollywood Hills in Los Angeles, California. This poster is one of the greatest in the TWA series drawed by David KLEIN, with spotlights cutting through the night sky directly above the glistening Hollywood Bowl.

David KLEIN (1918-2005) was an American artist who produced between 1955 and 1965 many advertising posters for airline company Trans World Airlines (TWA). David KLEIN has achieved recognition when in 1957, the New York Museum of Modern Art (MOMA) added TWA Times Square poster in permanent collection.

Link to the biography and work of David KLEIN : www.davidkleinart.com

We appreciate and offer many posters of this illustrator : Our David KLEIN posters