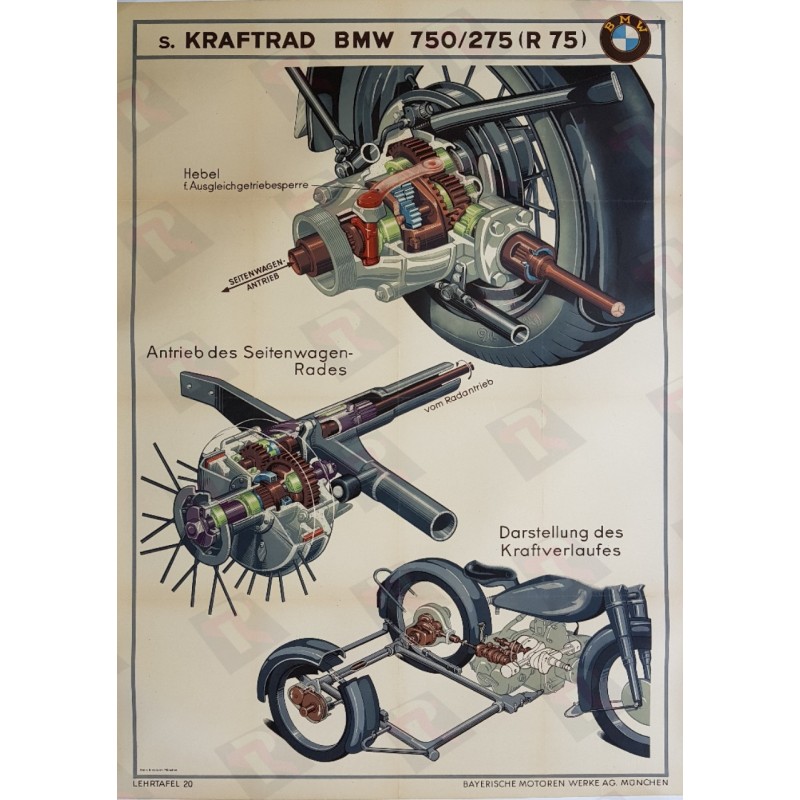 The BMW R75 is a World War II-era motorcycle and sidecar combination produced by the German company BMW.

The success and reliability of the shaft-driven R75 during the war led to the US Army requesting that Harley-Davidson produce a similar shaft-driven cycle for American troops.

This led to Harley producing their first ever shaft-driven model, the Harley-Davidson XA, which was a near duplicate of the R75.